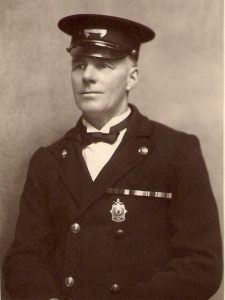 William (Jnr) was an adventurer at heart and had a strong military experience prior to World War 1. He had joined his brother, James, fighting in the Boer War in South Africa as part of the 2nd Scottish Horse Cavalry Regiment from 15 February 1901. The cavalry regiment was made up of volunteers raised in Melbourne by the Marquis of Tullabardine[1], with the aid of the local Caledonian Society. Those wishing to enlist had to pay their own way to attend interviews, the various skill tests, and medicals. No payment was received until the troops arrived in South Africa.

In an article that appeared in the Melbourne Argus, the Marquis of Tullabardine, writing from Middleburg in the Transvaal, said of his 250 or so Victorian volunteers: “The Australians are the best cavalry I have seen out here yet”. This of course established a tradition that was followed by the various light horse regiments established after Federation, and that then served in WWI. Trooper William Andrew Newland (2nd Scottish Horse) was discharged from service at Edinburgh Castle, Scotland, in September 1901. He would have seen action in the Eastern Transvaal in major clashes with the Boers at Roodekrantz and Eland’s Hoek. William also served as a sergeant in the 4th and 10th Australian Commonwealth Light Horse in the South African 2nd Boer War for four years. At war’s end, William and James Newland were both awarded the South Africa Medal, with William also receiving three clasps for his service.

Upon leaving South Africa, William returned to Laverton and his family, but shortly after he moved to the Gippsland town of Yarram. Here he was working as a mechanical engineer. On 19 August 1914, two weeks after the declaration of war with Germany, William Andrew Newland enlisted into the Australian Imperial Force (AIF). His experience as a cavalryman during the Boer War was immediately appreciated. His military experience and knowledge were used within the Yarram district as part of the war recruitment committee. After being assigned to the machine gun section of the 4th Light Horse Regiment, he was transferred to the 8th Light Horse Regiment and promoted to the rank of sergeant by the end of October.

Before he embarked from Melbourne, on 17 September 1914, William married Elizabeth Grace Allin at the Parsonage in Fitzroy North. He was 34 years old.   Grace was living in Yarram with her family. The 8th Light Horse and Sergeant William Newland embarked from Melbourne on the HMAT Star of Victoria A16  25 February 1915.

Their first port of call was Alexandria, and from there they proceeded to Gallipoli. Sergeant Newland landed there on 21 May where he and the regiment fought as dismounted infantry. Five days into the battle, Sergeant Newland received a gunshot wound to the chest, in an area known as Walker’s Ridge. The wound was severe enough for him to be repatriated back to Australia.

Sergeant Newland was initially evacuated from Gallipoli back to No 2 General Hospital in Gheyireh, Egypt, before embarking  on the HS Ballarat from Suez on 5 July 1915. He arrived back in Melbourne on 6 August, being welcomed home by family and friends at a function in Laverton on 27 August.

In December 1915, he was officially discharged from active service as he was deemed medically unfit.

Shortly after his return to Yarram, William reunited with his wife Elizabeth, and to his occupation as an engineer. The couple remained in the Yarram area until about 1924 when they moved to Wonthaggi. By the time they left Yarram, William and Elizabeth had had four children – Blanche Elizabeth, William Allin, Irene Jean, and Nancy Grace. Three years after moving to Wonthaggi, the family moved again to the Melbourne suburb of Coburg, living close by to his youngest brother Redvers Newland, and his wife Belle. Both William and Elizabeth worked until around 1940 when they retired. 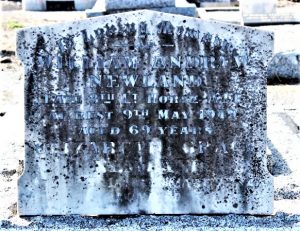 Emphasising the closeness of the two eldest brothers, William and James not only served together during the Boer War, and at Gallipoli during World War 1, but they also passed away just a couple of months apart in 1949. James Newland passed away on 19 March and William on 9 May 1949, aged 69.  He was interred within the Fawkner Memorial cemetery. Elizabeth passed away on 28 January 1966 and was buried alongside her husband.

[1] John George Stewart-Murray, 8th Duke of Atholl, KT, GCVO, CB, DSO, PC, ADC (15 December 1871 – 16 March 1942), was asked by Lord Kitchener, whom he had served under on the Omdurman Campaign, to raise a regiment of Scotsmen in South Africa, called The Scottish Horse. 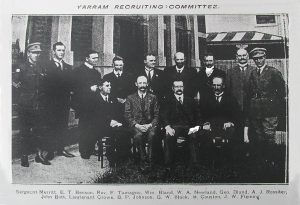 Courtesy: Archives of the Shire of Alberton, 1917