On 2nd September, 1916, during World War I, an army training camp was established in Altona in the area south of the railway between Bayview Street and Millers Road and the beach. Special troop trains were run to bring soldiers and visitors to the camp and Altona during this period which saw the railway service reopen for a period of time.

Trains serving the camp pulled up opposite Seves Street where personnel and stores would be unloaded. A bulk store was situated on the north side of the railway and after unloading the train would run into Altona station to turn the loco around the train carriages to return to Newport. Accommodation reached about 1,400 but the camp was closed in November of the same year due to the conscript plan failure. 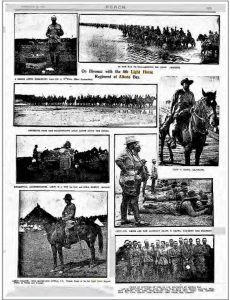 This was not the only time the army utilsed the Altona area in WWI. The Light Horse were known to have been on bivouac for one or two weeks at Altona in November 1914. A photo spread appeared in the February 25,1915 edition of Punch Melbourne Magazine depicting members of the 8th Light Horse regiment at Altona Bay. 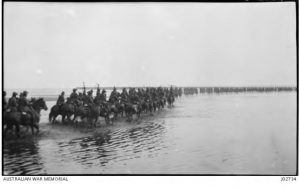 A History of Altona

by Allan J. Clark Hon Secretary and Members of the Altona Historical Society