In the aftermath of the Second World War the Australian Government made the decision to open up the nation to migration which was based on the notion of ‘populate or perish’. Between 1945 and 1965, two million immigrants arrived in Australia. Among the new immigrants were the first government-sanctioned non-British migrants. This enormous arrival of people transformed Australian society forever.

Arthur Calwell was appointed Australia’s first Minister for Immigration in July 1945. Addressing parliament a few weeks later, he stated ‘If Australians have learned one lesson from the Pacific war … it is surely that we cannot continue to hold our island continent for ourselves and our descendants unless we greatly increase our numbers … much development and settlement have yet to be undertaken. Our need to undertake it is urgent and imperative if we are to survive.’

Arthur Calwell’s call for immediate migration was significant but perhaps even more important were the final sentences of his speech: ‘The door to Australia will always be open within limits of our existing legislation to the people from the various dominions, United States of America and from European continental countries’.

For the very first time, the Australian government had acknowledged that it was willing to accept migrants from beyond the British Isles. The Australian government also introduced the Assisted Passage Migration Scheme, launched by the government in 1945. The scheme offered British subjects subsidised passage to Australia and the promise of job opportunities and affordable housing once here. These new arrivals were known as ‘Ten Pound Poms’, named after the price of their fare.

Migrants from Britain and Europe contributed significantly to the tally of new Altona residents. In December 194 7, the first boatload of 839 young Latvians, Lithuanians and Estonians arrived in Melbourne. They were the vanguard of 182,000 displaced persons who came to Australia over the next four years. Almost one-third of them were Polish, but more than a dozen nationalities were represented.

A quarter of the total settled in Victoria, old army camps like Broadmeadows and Bonegilla were refilled with migrants, but more accommodation was desperately needed. In May 1949, the federal government: announced it would take over eighteen wool sheds at Braybrook and two hostels at the Williamstown racecourse, the wartime army camp. By importing Nissen and Quonset huts it was estimated that a further 2,000 or more migrants could be housed at the racecourse alone.

The plan caused some outrage in Altona at the loss of a recreation area, although since the war, the course had been used only for horse training rather than racing. In December 1949, the new migrant camp took its first residents, among them Polish and Hungarian families. Then in April 1950, Kororoit Creek flooded and nearly one thousand people and their treasured baggage had to be evacuated to Broadmeadows for four days. It was noted that the old racecourse carpark across the creek had escaped flooding, and it was to this site that the hostel was transferred in 1951. It remained an unsightly collection of Nissen huts, lacking comfort and privacy, until brick units were built between 1966 and 1971. 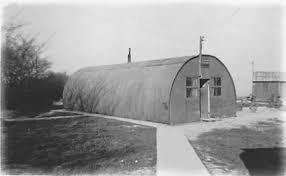 The hostel name Wiltona reveals something of the attitude of old Australians to the newcomers. The poor, crowded conditions at the racecourse camp did little to ease the trauma of re-settlement, and by January 1951, there was concern at a succession of court cases arising from migrant drunkenness, traffic breaches, fighting and, more seriously, an attempted rape. To offset this poor image, the camp was visited by local newspaper people who reported on the talents, good citizenship, healthy outdoor sports and recreation arranged by residents. Polish, Italian and Dutch people were mentioned by name. Even so, the disorderly image stuck, at least with Williamstown councillors, who wanted their city name dissociated from the hostel. It was after all in Werribee territory, and Werribee, Paisley and Altona were all suggested before the composite name Wiltona was adopted.

Nissen Hut, similar to ones used at the racecourse

Opened in 1949, the migrant hostel at Williamstown/Altona was established on a site on the south side of Kororoit Creek Road that had formerly been occupied by the Williamstown Racecourse. Accommodation was initially provided in existing ex-Army Nissen huts, which had stood there since wartime military occupation of the racecourse, supplemented by additional huts that were relocated from elsewhere.30 An attempt to soften the harshness of the site was made by engaging the services of a prominent landscape designer, Mrs Emily Gibson, who specified a number of salt-tolerant species that were appropriate for the coastal site. In the early 1950s, the hostel was described as the only ‘mixed bag’ hostel in Victoria – ie, the only one that, at that particular time, accommodated both English and non-English speaking residents

The hostel site was bisected by a curving roadway that led towards a footbridge across the Kororoit Creek, leading to a recreation reserve on the opposite side. The site was redeveloped soon afterwards, when the hostel became one of several in Melbourne slated for major reconstruction. Along with the hostels at Nunawading and Maribyrnong, the one at Altona was to be upgraded with clusters of new purpose-built brick accommodation blocks. This redevelopment took place in two stages: the first units were completed by early 1968, and the second by the end of that year.32 The units took the form of modestly-scaled double-storey blocks, realised in brown-tinted concrete brick, with simple gabled roofs clad in matching cement tiles. The blocks were arranged in irregular groups, creating a series of enclosed courtyards, and were linked by covered walkways. Designed by architect Reg Grouse, the new hostel buildings were subsequently nominated for a state architectural award in 1970. Befitting its new image, the hostel was renamed Wiltona (combining the names of Williamstown and Altona). 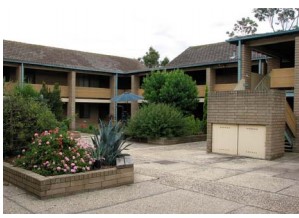 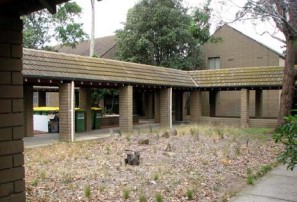 The hostel was closed during the 1970s but was re-opened in 1978 to provide accommodation for the increased intake of Vietnamese refugees at that time. This had abated by 1984, when the site was declared temporarily surplus to requirements, although the Commonwealth announced its intention to retain the hostel lest it be needed again in the future.

The following year, however, the site was earmarked for disposal following an audit of migrant hostel sites around Melbourne. The site was offered for sale in November 1986. An expression of interest to adapt the complex for emergency housing was abandoned, as the City of Williamstown were opposed to continued residential use. The site was rezoned for industrial purposes, and was subsequently redeveloped as a commercial and industrial estate known as the Williamstown Techno Park.

The migrants were hard workers and were keen to move out of camps and hostels as soon as possible. Large numbers of British migrants were assigned to the Brooklyn and Williamstown hostels by 1952. Those who despaired of ever finding suitable housing were among the disgruntled who returned home, and their complaints were a source of some embarrassment for the govern­ment. But one group at Brooklyn seized on the idea of housing co­operatives, formed the British Migrants Welfare Association and was able to obtain a loan to buy up a parcel of building lots at Seaholme. The first association family was able to move into its new home in March 1953. The houses were no better than a recently con­demned bungalow at the western end of town. Nonetheless, the Seaholme estate was a welcome advance on hostel living. Apparently they found the smells from the nearby meatworks and oil refinery, as well as mosquitoes from Kororoit Creek, depressing. 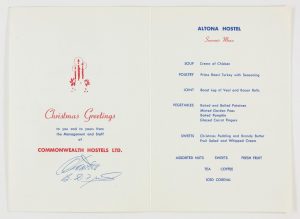 Some migrant tastes were more readily shared. In July 1955, a delicatessen and cake shop was opened by N Sarros and Sons in Pier Street. It was near the Strand theatre, which itself had recently installed the international film sensation Cinemascope. Delicacies in the new shop included the best of both Australian and Continental products, and it was proud to advertise ‘European languages spoken’. There were family connections with the cafe run by A Sarros for some years previously. On a wider scale too, Altona shared in Australia’s changing food tastes.

Migrant sporting enthusiasms were more readily translated to Australia. By 1954, the Victorian Amateur Soccer Association had appointed an international coach from Britain to foster the sport. When he visited Williamstown, he marvelled that in 1950 the district had struggled to raise a single team. One of its members was Altona’s Bob Stewart, then in his fifties. Four seasons later, there were two senior and two junior teams, and the Williamstown High School had joined the schools competition. All were said to be steadily moving up the competition ladder. local soccer was well established and able to accommodate the Altona teams which rose out of the influx of newcomers about 1960. Louis Noordenne was one of the local organisers.

British migrants may have been behind the formation of a yacht club at Altona at the end of 1953. Local cycle shop owner Fred Manning has been credited with the idea, although his enthusiasms by 1954 had transferred to founding a pedal club and then a pony club. In yachting it was the do-it-yourself era of small dinghies rather than the large, hence costly, yachts of earlier years. A few Altona members began building Cadets and then Hornets, both designed by Englishman Jack Holt and promoted by the magazine Yachting World.

At the 1961 census, 43 per cent of Altona residents were born outside Australia, compared with only 24 per cent of Melbourne residents as a whole. The Altona figure included 18.2 per cent born in the United Kingdom and Ireland, again significantly higher than the comparable metropolitan figure of 8.1 per cent. In addition, many of the 1.2 per cent born in Asian and African countries, even in Canada and America, may have been British citizens or colonials from the regions.

Caldwell, A, 1972, Be Just and Fear Not, Lloyd O’Neil Pty Ltd and Rigby, Hawthorn, Victoria and Kentish Town, South Australia