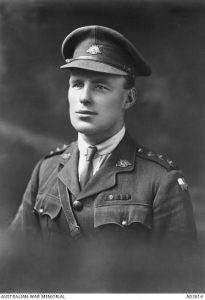 James Ernest Newland was born at Highton a suburb of Geelong on 22 August 1881 the second child and son to William Anthony Newland and Louisa Jane Newland nee Wall residents of Laverton. James appeared destined to be a career soldier with his first taste of military life occurring in 1899 when he enlisted in the Commonwealth Military Forces around the age of 18. He was sent to Cape Town South Africa as part of the 4th Battalion Australian Commonwealth Horse arriving just prior to the signing of the peace treaty between the Boers and the British government in May 1902. It is believed that he may have seen brief active service in Cape Town before he returned to Australia later in 1902 where he settled back in Victoria and joined the Royal Australian Artillery in July 1903.

He served in the artillery for over four years before transferring to the militia in September 1907. By 1909 he moved and became a police officer in the Tasmanian Police Force where he served until August 1910 when he decided to re-enlist into the permanent army. James was posted to the Australian Instructional Corps where he served until the outbreak of the First World War. Just prior to this in a ceremony at Sheffield Tasmania James Newland married Florence May Mitchell on 27 December 1913.

James Newland was 33 years old when he enlisted with the 12th Battalion 3rd Brigade AIF in Portville Tasmania on 17 August 1914 and was made its regimental quartermaster sergeant. The 12th Battalion was raised in Tasmania – half of its contingent coming from that state and a quarter each from South Australia and Western Australia. Sergeant Newland and the men of 12th Battalion embarked from Hobart aboard HMAT A2 Geelong on 20 October 1914 and following a brief stay in Albany in Western Australia sailed for Egypt arriving in December. The 12th Battalion spent the following four months training in the Egyptian desert preparing them for the attack on Gallipoli on 25 April 1915.

At the commencement of the Gallipoli campaign the 3rd Australian Brigade of which the 12th Battalion was part was designated as the covering force for the Anzac Cove landing and as such was the first unit ashore on 25 April 1915 at approximately 4:30am. James Newland was wounded in the days following the landing suffering a gunshot wound to his arm and was evacuated to the 1st General Hospital. While recovering in the hospital and before he returned to the 12th Battalion four days later he was commissioned as a second lieutenant.

Second Lieutenant Newland was engaged in operations on the Gallipoli peninsula until 9 June when he was withdrawn from the area and placed in command of the 12th Battalion’s transport elements stationed in Egypt. Promoted to lieutenant on 15 October he was hospitalised for ten days in November due to dengue fever. Following the evacuation of Gallipoli in December the 12th Battalion returned to Egypt where James Newland continued as transport officer. He was promoted to captain on 1 March 1916 and was made adjutant of the 12th Battalion fifteen days later.

The 12th embarked for France and the Western Front in late March disembarking at Marseilles and then moving to the Fleurbaix sector of France. After involvement in minor operations it transferred to the Somme in July where it participated in the Battle of Pozières its first major French action. James Newland was now posted to command ‘A’ Company from 8 August and was subsequently moved to Sausage Valley along with the rest of the 12th Battalion in preparation for an attack on Mouquet Farm.

Mouquet Farm was a ruined complex connected to several German strongpoints and formed part of the Thiepval defences. On 21 August Newland led his company in an assault on a series of trenches slightly north east of the farm. By early evening the company had captured its objectives and several of Newland’s men began to rush off in pursuit of the retreating Germans. Newland immediately stopped them and organised the company into a defensive position; the trench was consolidated by the next morning. Praised for his “… great coolness and courage under heavy fire” during the attack he was recommended for the Military Cross. The award however was downgraded to a ‘Mention in Despatches’.

Following its involvement at Pozières and Mouquet Farm the 12th Battalion was briefly transferred in September to the Ypres sector in Belgium before returning to Bernafay Wood on the Somme late in the following month. James Newland was admitted to the 38th Casualty Clearing Station with Pyrexia on 4 December. He was moved to the 2nd General Hospital at Le Havre and returned to the 12th Battalion two weeks later following his recovery. On the same day James was attached to the HQ of the 2nd Australian Brigade for duty as a staff officer.

He rejoined the 12th Battalion in early February 1917 and once again assumed command of ‘A’ Company. On 26 February he was tasked with leading the company during the battalion’s attack on the village of La Barque during the German retreat to the Hindenburg Line. At Bark Trench a position on the north side of the La Barque centre his company encountered a German strongpoint and James received a gunshot wound to his face. He was admitted to the 1st Australian Field Ambulance and returned to the battalion on 25 March. By early April 1917 there remained three German-held outpost villages of Boursies, Demicourt and Hermies. These sat between the area to the south of the Allied position and the Hindenburg Line.

On the night of 7 April 1917 the 12th Battalion was tasked with the challenge of capturing and securing Boursies on the Bapaume–Cambrai Road. The attack was meant to be a subterfuge to mislead the German forces on the direction from which the village of Hermies was to be attacked. Leading ‘A’ Company as well as an attached platoon from ‘B’ Company James Newland began his advance on the village at 3:00am. The company was soon subjected to heavy rifle and machine gun fire from a derelict mill approximately 400 metres outside of the village proper and they began to suffer heavy casualties. Rallying his men James Newland charged the position and bombed the Germans with grenades. Dislodging the Germans from the village the company secured the area and continued its advance.

Throughout the following day the Australians were again subjected to heavy shellfire from German forces. At approximately 10.00pm the Germans launched a fierce counter-attack under the cover of a barrage of shelling and trench mortars against ‘A’ Company who had now occupied the old mill. They had some initial success and entered the forward posts of the mill which were occupied by a platoon of Newland’s men under the command of Sergeant John Whittle. Newland bringing up a platoon from the battalion’s reserve company charged the attackers and with Whittle’s assistance re-established the lost ground. The 12th Battalion was finally relieved by the 11th Battalion on 10 April having succeeded in capturing Boursies but at the cost of 240 casualties of which 70 were killed or missing.

After a four-day reprieve from the front the 12th Battalion in turn relieved the 9th Battalion at Lagnicourt on 14 April. Around dawn the next day the Germans again launched a severe counter-attack. Breaking through they forced back the 12th Battalion’s ‘D’ Company which was to the right of Newland’s ‘A’ Company. Soon surrounded and under attack on three sides James Newland withdrew his company to a sunken road which had been held by Captain Percy Cherry during the capture of the village three weeks earlier. Newland lined the now depleted company out in a defensive position on each bank.

The German forces attacked Newland’s company several times during the battle but they were repulsed each time. During one of the assaults Newland observed that the German attack was weakening and gathered a party of twenty men. With James Newland leading the group they charged the Germans and seized forty as prisoners. As reinforcements from the 9th Battalion began to arrive a combined counter-attack was launched by the Australians and the line was recaptured. During the engagement the 12th Battalion again suffered heavy casualties including 66 killed or missing. James Newland and John Whittle were both awarded the Victoria Cross for their actions at Boursies and Lagnicourt and it is worth noting that they were both the only two permanent members of the Australian military to receive this decoration during WWI. Also at 35 years and 7 months of age James Newland was the oldest Australian Victoria Cross recipient of WWI.

The citation ‘Supplement to the London Gazette 8 June 1917’ reads:

For most conspicuous bravery and devotion to duty in the face of heavy odds on three separate occasions.

On the first occasion he organised the attack by his company on a most important objective, and led personally, under heavy fire, a bombing attack. He then rallied his company, which had suffered heavy casualties, and he was one of the first to reach the objective.

On the following night his company, holding the captured position, was heavily counter-attacked. By personal exertion, utter disregard of fire, and judicious use of reserves, he succeeded in dispersing the enemy and regaining the position.

On a subsequent occasion, when the company on his left was overpowered and his own company attacked from the rear, he drove off a combined attack which had developed from these directions.

These attacks were renewed three or four times, and it was Capt. Newland’s tenacity and disregard for his own safety that encouraged the men to hold out.

The stand made by this officer was of the greatest importance and produced far reaching results.

In early May 1917 the 12th Battalion was involved in a British and Australian attempt to capture the village of Bullecourt. While engaged in this operation on 6 May James Newland was wounded for the third and final time of the war by a gunshot to his left armpit. Initially admitted to the 5th Field Ambulance he was transferred to No. 1 Red Cross Hospital Le Touquet. The injury necessitated treatment in England and Newland was shipped to a British hospital eight days later. On recovering from his wounds Newland attended an investiture ceremony at Buckingham Palace on 21 July 1917 where he was decorated with his Victoria Cross by King George V. Later the same day Newland boarded a ship to Australia. He arrived in Melbourne on 18 September and travelled to Tasmania. He was discharged from the Australian Imperial Force as medically unfit on 2 March 1918.

Following his discharge from AIF James Newland retained the rank of captain and returned to service with the permanent military forces. Between the two world wars he held various appointments in the army including adjutant and quartermaster of the 8th, 49th, 52nd, 38th and 12th Battalions as well as area officer and recruiting officer. In 1924 James Newland’s wife Florence passed away from tuberculosis.

On 30 April 1925 he married Heather Vivienne Broughton in a ceremony at St Paul’s Anglican Church Bendigo. Promoted to major on 1 May 1930 James Newland was awarded the Meritorious Service Medal in 1935. Following the outbreak of the Second World War James Newland was seconded for duties as a quartermaster instructor at the 4th Division headquarters. On 10 May 1940 he assumed his final army appointment as quartermaster ‘A’ Branch at Army headquarters in Melbourne. He served in this position until August 1941 when he was placed on the retired list with the honorary rank of lieutenant colonel. In retirement James Newland served as assistant commissioner of the Australian Red Cross Society in the Northern Territory during the later months of 1941. He joined the inspection staff at the ammunition factory at Footscray on 2 January 1942.

On 19 March 1949, at his home in Caulfield, James Newland died suddenly of heart failure at the age of 67. He was accorded a funeral with full military honours and was buried at Brighton Cemetery.