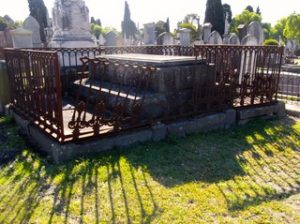 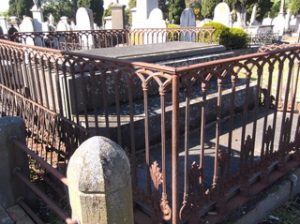 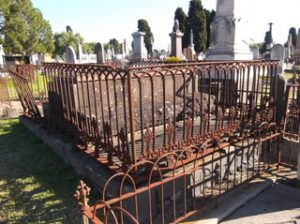 William Cherry (1805-1882) and his wife Jane nee Cummins (1810-1857) who arrived to Victoria, Australia from Northern Ireland on 30 November 1841 with 4 young children. Their 5th and last child was born in Victoria. William and Jane are the parents of Robert Cherry (1838-1910) and grandparents of Charles Cummins Cherry (1876-1943) both who served on Werribee council of which Altona was part of up until 1957.
They built a homestead near Geelong Road, in area of the Altona Memorial Park. In 1882 William divided his lands in the local area between his 3 sons and retired to the city; not only did this settle this matter prior to his death and keep the land within the family, the action also minimised death duty.
William and Jane are buried within the Melbourne Cemetery (Presbyterian, Section G, Tenth Avenue, not far from grave of Robert (son) & daughter in law, Eliza Cherry plus two grandchildren.)