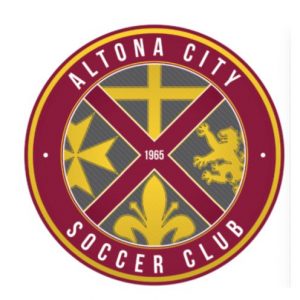 Born in Bendigo in 1895, Mr Kim came to Altona in the 1930s residing then in Lily Street, now Grieve Parade, where he had a poultry farm. As a part time activity he commenced as a land salesman. He opened his first estate agency in the one shop situated in Sargood Street and later moved to 93 Pier Street. Afterwards he built his
own premises in Railway Street South before opening agencies in Werribee and Laverton.

In about 1954 he opened a furniture and hardware business in Pier Street, which was later changed to a sporting goods store. At the same time Mr Kim represented the Altona Riding when he was elected to the Werribee Shire Council in 1953. An active supporter of Altona separating from Werribee, he then went on to become a member of the Shire of Altona inaugural council in 1957 and was appointed shire president for the 1957-58 term.

Mr Kim was an honorary Justice of the Peace working at the Williamstown Court. He also carried out similar duties in Footscray, Ballan and elsewhere for 12 years before retiring from the bench in 1967. Mr Kim was a member of the Western Suburbs Justices Association and a Crown land bailiff. In 1955 he took a prominent part in the Altona Traders Association. He was foundation secretary and remained in this position until the association lapsed in 1960. It was revived as the Chamber of Commerce of which Mr Kim became a member. 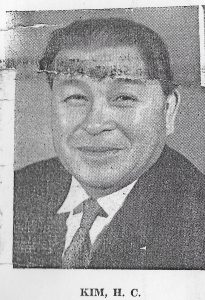 Mr Kim was a charter member of Altona Rotary and on the board of directors for three years. His personal effort for raising funds for the organisation were very distinctive – he hired out crutches and other aids to people temporarily incapacitated, donating all the money received to Rotary. His lodge interests were many – foundation member of Altona Lodge and master in 1956, foundation master of Seaholme Lodge, past principal of Richmond Chapter and member of Admiral Collingwood Mark Lodge.

More information on Harry Kim is located at – https://alhs.com.au/local-history/people/henry-charles-kim/