The original kitchen area/building was a separate structure from the central and east building which formed the main homestead living area. It is believed that the two structures would have been joined only by a verandah. 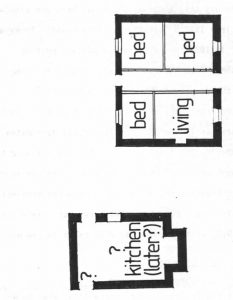 The room as you see it today would have been very different from its original form in that it was divided into three sections. Facing south towards the large fireplace would been the kitchen/cooking and pantry area. This southern portion would have been a part of the original building built before 1861. The middle section of the building was most probably the laundry area and most likely added over the period from 1861 to 1874. The last section the servant’s quarters was added much later possible during the period between 1890 and 1910. 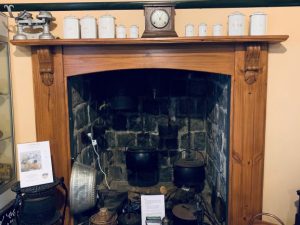 This building was separated from the main house due to the danger of a fire and to prevent such an occurrence spreading to the living area. The building would have also been located to the water supply which would have been sourced from a well or tank that was believed to have been located in what is now the courtyard area. 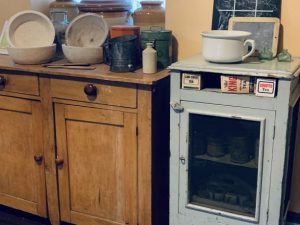 By circa 1910 the kitchen building and been joined onto the main living area via a servery/preparation room that lead into the refurbished dining & ballroom.