What is today referred to as the ‘Children’s Bedroom’ was one of two bedrooms built by Alfred and Sarah Langhorne circa 1850. By this stage their land holding 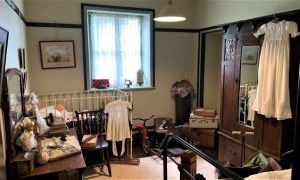 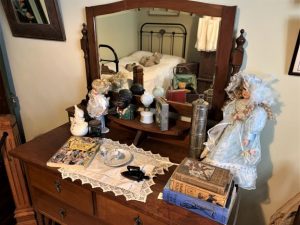 Early homestead plans indicate that the two bedrooms in the east wing joined the existing building, but one of these rooms opened to the south and the other to the rear courtyard so initially neither room may have been used by direct family members.

By 1883 a further bedroom had been built at the north end of the east wing abutting the two existing bedrooms with its entrance also via the rear courtyard. Addition to these a ‘spare room’ was also added that opened into the courtyard. The initial two bedrooms did not open into the internal hallway, present today, until the renovations undertaken by William Crocker circa 1900 – 1910. 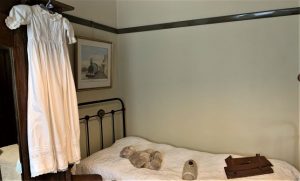