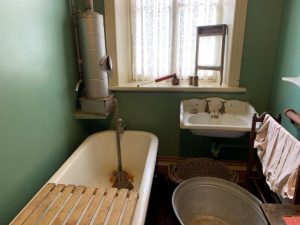 The existing bathroom was not built into the structure of the Homestead until circa 1910 which was nearly 40 years after Alfred Langhorne had sold the property and when William Crocker took control of the estate previously owned by the Altona Bay Estate Company Ltd.

It appeared that at this time Mr Crocker chose to make the homestead his home. The bathroom was one of a number of improvements made to the property and was again one of the rooms that evolved over time as new innovations came about. The eastern front room was demolished and a large new drawing room constructed. The small amount of the old room in this location which continued back behind the facade of the central section became the bathroom in this new scheme.

Another addition was with the water heater. The bath has only a cold water tap as the hot water came via the heater but the hand basin was eventually attached to a more modern water heater as it has both a cold and hot water taps. 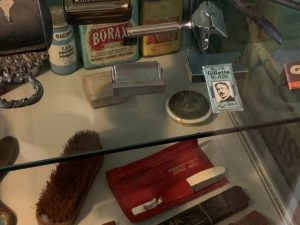 The water heater in the corner near the bath required either a wood or coal fire to heat the heater for either taking a bath or shower. 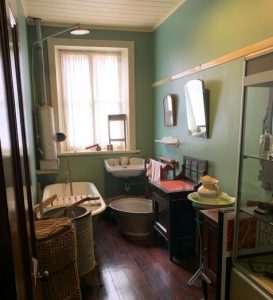