As you come through the front door to the homestead you cross into the entry hall that can lead you into the drawing, dining or main bedroom or down the hallway to the other bedrooms or courtyard. But this area of the homestead was not always as we see it today. 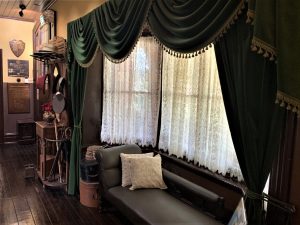 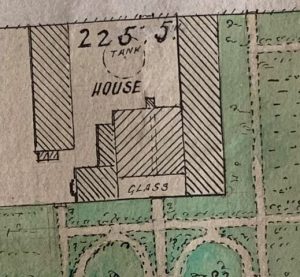 It appears that circa 1884, when owned by the Phelps brothers and a new front bedroom had been added to the west of the building and the east wing extended beyond the central section, the space between the two wings was glazed in to provide additional cover and protection from the weather.

In 1905 when William Henry Croker took procession of the homestead and estate, he identified the weakness of the nineteenth century home. It had an old-fashioned appearance, the small rooms contained in the central section were inadequate and efficiently laid out and the planning which relied on a glazed-in front verandah as the link between the principal rooms was not practical or a pleasing feature to the homestead. William Crocker set about changing the glazed-in verandah into a new front hall and gave the front a brick and stucco facade and bay window. 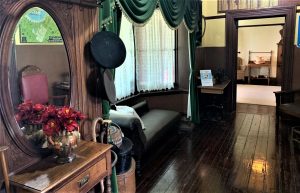