Cr Reginald Logan was the first elected candidate on the inaugural council of the Altona Shire which was elected in May 1957. Cr Logan entered the Municipal sphere as a councillor of Werribee Shire (Altona Riding representative) in August 1955 and vigorously campaigned for severance which was granted after a poll in 1956. He was also the first elected candidate when re-election took place in August 1959. He was Altona’s third president holding this position during 1958-59 and represented the Council on the Pre School Infant Welfare Committee and in the Youth Club Hall Management Committee.

Reginald (Reg) Logan was born 5 October 1914 in Murwillumbah, NSW to parents Joseph Alexander Logan and Isabella Frances Logan nee Whalan. Reg was the third youngest of eleven children. Reg moved to Queensland and enlisted into the RAAF during WWII in Cairns, far north Queensland as a Flight Sergeant. 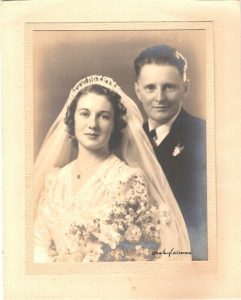 In 1942 he married Ruth (Muffie) Hannah Snars (1 August 1942) at St Ann’s Presbyterian Church in Brisbane Queensland. The couple remained in Queensland for about six years before making the move to Victoria initially settling in Glenhuntly before moving to the western suburb town of Altona in the early 1950’s. This was at a time when Altona was a division of the Werribee shire and at a time where the ratepayers of Altona were looking to separate and become a Shire in their own right.

The Logan family initially settled in Upton Street and Reginald worked in a large aircraft engineering works on Millers Road. In the mid-1950’s the family moved to Pier Street where he started up a real estate agency, following a long tradition of fellow Altona men in public affairs. The Logan family was by now fully entrenched into the Altona community with Reginald involved also as the Council representative on the Pre School Infant Welfare Committee and in the Youth Club Hall Management Committee. Ruth [Muffie] was a teacher at the Altona Primary School.

During his time on council and for some time after, Reg also served on the Altona Community Hospital board of management, a voluntary position, where he held the roles of vice-president from 1957 – 1959 and then president in the 1959 – 60 year. Reg Logan continued to take a keen interest in shire affairs, in his post council years, being invited to the opening to the new council chambers in Civic Parade in 1963 and writing to the local newspaper in 1966 on the council’s proposed purchase of the Explosive Reserve. Reg continued to run his Real Estate business in Pier Street until, due to Reg’s ill health, under medical advice he and his family moved to a warmer climate in Forster [near Taree] in NSW in the late 1960’s.

Reginald Logan passed away in 1978 in Taree and Ruth (Muffie) Logan in 1991. They are both interred within the Forster General Cemetery. 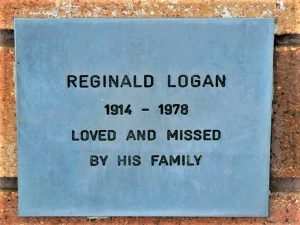 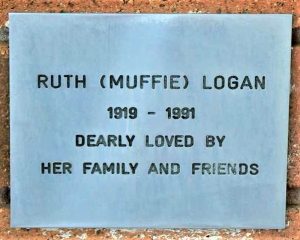