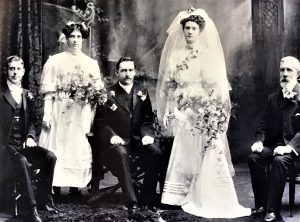 Thomas and Elizabeth Jane Meddings and their family were the caretakers of the Altona Homestead between 1920 and approximately 1935. During this time the Homestead was used as a holiday accommodation for the workers of a company in Footscray called Cuming, Smith and Company that produced fertilizer products. The company would offer accommodation to employees over the summer months and they stayed in old Tramcars on the lawn area of what is now Logan Reserve. During the summer, events at the Homestead were co-ordinated by the YMCA. 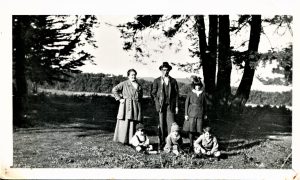 The Meddings family resided within the Homestead building, at the time called Sickleholme, but parts of the building were open to the holiday makers, for example the current dining room was used as a dance hall. Their responsibilities also included the property surrounding the Homestead, which would have taken in the majority, if not all, of what is today Logan Reserve situated in the area encased by Queen, Pier, Sargood Streets and the Esplanade.

The site was surrounded by boxthorn hedges, which were removed circa 1925 and replaced with a high corrugated iron fence. By then there were no beds or shrubs to the grounds and only the circle part of the turning circle and drive remained, with a large flagpole in the centre. The site was very popular with the workers for around six months each year and they were brought down from the factory by horse drawn wagon, used also to bring surplus timber for firewood.

The 1936 Electoral roll notes that the family were still living at the Homestead, but we are aware that new tenants moved into the Homestead in 1937 when the property was purchased by the Werribee Council who governed Altona at that time.

The Meddings family had moved to Altona from Footscray to take up their new position. There is no indication that there was a connection between the family and the company prior to commencing at the Homestead. 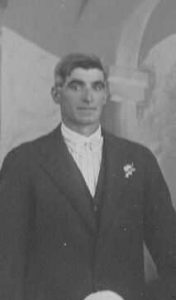 They had eight children who were born prior to their move to Altona. The eldest was Thomas William Meddings (1907-1973) who married Hilda Ethel Palmer (1905- 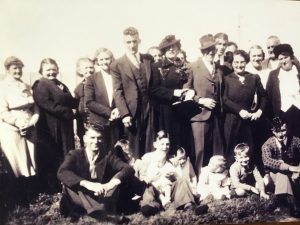 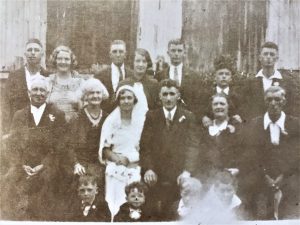 When the Homestead building was purchased by the then Werribee Council from Cuming, Smith and Coy a number of the family remained as residents in Altona or the surrounding area for some time. It was reported that the Homestead was handed back in good order to the new tenants which is a tribute to the family and they care they took during their occupancy period.

When the Homestead was eventually handed over to the Altona Historical Society, around the mid 1960’s, James Meddings assisted the Society with his knowledge of the Homestead and his experience with historical restoration work. In 1988 when the Homestead undertook major works the City of Altona council employed a conservation historian to record the life and times of the building including all the alterations and extensions that it had gone through. James was of invaluable assistance to this project. Elizabeth Jane Meddings passed away 9 July 1953 and Thomas Meddings 28 August 1968. Both are buried with the Footscray cemetery (RC section C, grave 01358) in an unmarked grave. 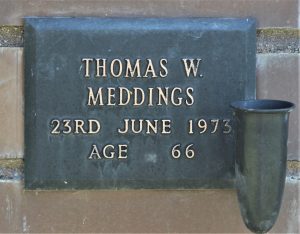 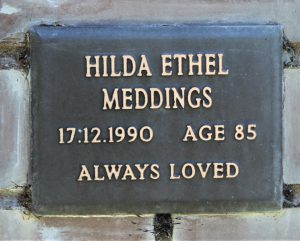 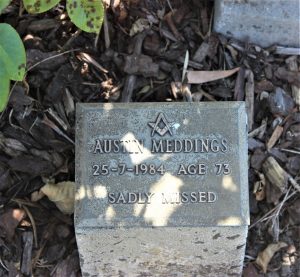 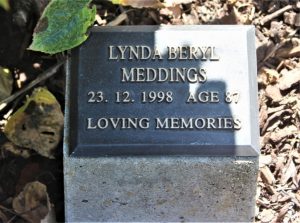 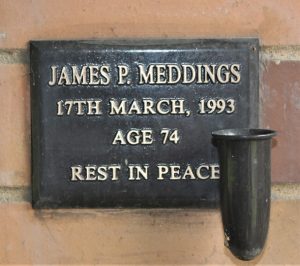 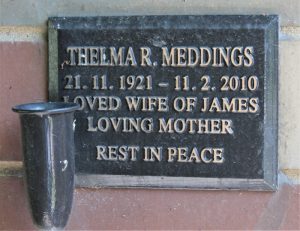 There is a tragic story connected with the Meddings family. During World War 2 Ronald Meddings joined the Royal Australian Navy in July 1942 (WWII) and following basic training at Cerberus he was assigned to HMAS Australia in November 1943. HMAS Australia with Ronald aboard saw action in the Pacific against the Japanese navy. It was within one of these battles, in early January 1945, that unfortunately Ronald lost his life. 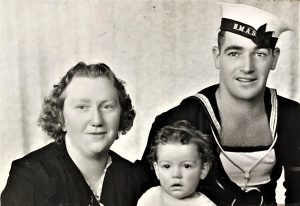 HMAS Australia’s five-day action began when she was south west of Manila heading for the landing beaches of Lingayen Gulf. Typical of the sterling work done by her personnel was the coolness of two young gunners who at one stage of the action held their fire until two bombers were within 200 yards, then they fired. One plane exploded in mid-air and the other struck the water in flames.

The successful conclusion of this latest and most dangerous operation was in Itself a tribute to the meticulous care with which all phases of the operation had been planned, said Mr. Makin.

The dramatic events attending the passage of the convoy were matched by the cold courage of the men in the mine sweepers and survey ships, and by the devotion to duty of the “small-ship” men, who maintained communications and convoyed supplies between the mainland and General MacArthur’s forward base. To these men he would like to pay a special tribute. He had recently experienced a voyage in a frigate, where he had seen something of the zeal and adapt ability of the men of the RAN.