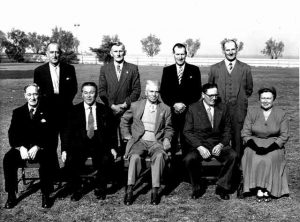 Alfred Herbert Ford, the youngest of six siblings, was born on 18 October 1902 in Yarraville, Victoria. His parents, Joseph Nixon Ford (1857-1919) and Jane Isdale (1863-1918), were originally from Emerald Hill (now known as South Melbourne) and Kilmore, also in Victoria.

By 1924, Alfred was working as a labourer, and living in South Melbourne at 357 Park Street. However, later that same year, he moved back to his childhood neighbourhood of Yarraville, living at 37 Tarrangower Street. In 1926, he married Carmen Sylvia King, who worked as a clerk, though it is unclear where this was or for what company. The married couple also had a daughter, Beverly Ford, though again, it is unclear when she was born.

By 1928, the family had moved to Altona and were living on Railway Street. They later moved again in 1936 to Queen Street. During World War 2, from 1942-1945, Alfred Herbert Ford was a registered soldier. He enlisted in Newport on 23 June 1942 and became a member of the Army Citizen Military Forces. He was discharged from military service on 7 October 1945, having achieved the rank of Private.

Following WWII, in 1946, Alfred became an inaugural member of the Williamstown Golf Club (which has since been renamed as the Kooringal Golf Club). He also served as the club’s President a few years later from 1952 to 1953. Alfred’s wife, Carmen, was also a very keen golfer and a member of the club.

During this time, by 1954, the family had moved homes for a third time, now residing at 76 Maidstone Street. Alfred and Carmen’s daughter Beverly also got married to an Altona local, Bruce Mawson Jobling (1930-2021).

Alfred became an Altona Shire councilor in 1957, being sworn in on 5 June that year, alongside eight other residents who were elected to represent the people of this new shire. He was the seventh elected of the nine candidates. If you want to read more about the Altona Shire Council as a whole, click on the following link: https://alhs.com.au/local-history/politics/shire-of-altona/

Alfred’s time in the Altona Shire was ultimately short-lived. In August 1957, he was un-successful in being re-elected, ending his time as a councilor after only a few short months. 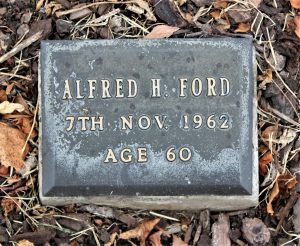 Alfred Herbert Ford passed away on 7 November 1962, aged 60, while his wife Carmen passed away on 8 December 2001, aged 93. Both were buried at Altona Memorial Park.