Altona Hospital History – A Bush Hospital by the Bay 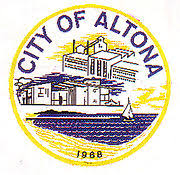 On Saturday, December 21, 1968, on the lawns of the new Civic Offices in Civic Parade, the Proclamation Ceremony of the City of Altona was undertaken by his excellency Major-General Sir Rohan Delacombe the Governor of Victoria. The Honourable R J Hamer, Minister for Local Government made the presentation of the Mayoral robes, chain of office and Town Clerk’s gown to Cr W Leslie J Crofts the first Mayor of the new City.

Prior to this day, Altona had bee a Shire since is seceded from Werribee in 1957. The Altona Star (December 18, 1968) reported: ‘Throughout the years the Altona Star has witnessed the growth and progress of the Shire and its institutions. In that development many have shared. The foresight and perseverance of the early pioneers, the initiative and self giving service of its leaders, the achievements of industry and the unanimity of its people have under • Providence made Altona. Every citizen of Altona can have pride and satisfaction in Altona and bright hopes for its future. Each of Altona’s young people can be happy in the knowledge that he or she will not only see the birth of a city, but also have some part in its growth. The past has assured Altona’s present accession to City status. Its future is in the hands of its citizens and their children.’

The members of the Altona-Laverton Historical Society wish Altona a happy 50th Birthday.