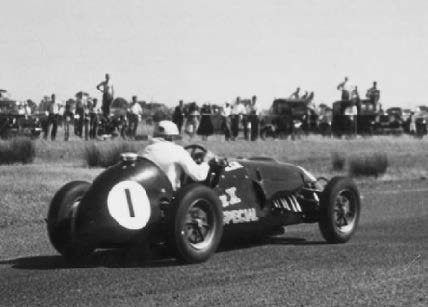 The Williamstown Chronicle February 19,1954 reported that £35000 pounds had been spent to open a Speed Track (around the perimeter of Cherry Lake) and that record crowds were expected at Altona. The Age,Monday,March 8 1954 reported that the inaugural car meeting at Altona Road Race Circuit on that day would have 10 of Australia best drivers competing, this included Jack Brabham – later Sir Jack.

The Age,Monday, March 9 1954 included a spectacular crash at the event in which driver J Lanham was injured and admitted to Hospital in a serious condition. Later news reports indicated that Jack Lanham died in Hospital after being in a coma for 6 months. There were also reports of the track requiring repair and upgrading, and it is understood that about twelve months later the racing events were transferred to the Albert Park circuit where they now continue as the Grand Prix event and the motor cycle races went to Phillip Island.