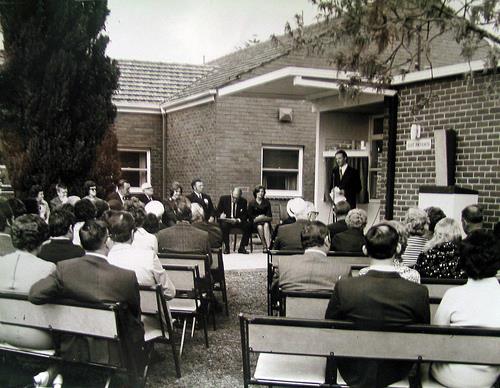 In the 1930s, Altona was well known as a holiday and fishing village. Following WW1, a steady influx of families moved into Altona and the population grew. In 1928, the Werribee Shire appointed Dr Louis Joel of Newport as the medical officer of Altona. At that time, with no trained nurses or midwives, home births were the norm, and maternal deaths and puerperal fever were not uncommon.

Dr Joel strove to introduce modern healthcare and education to Altona, including the model of the bush nursing hospital, where local rather than state money was used to build and maintain a not-for-profit hospital with a resident community nurse. Many residents gave donations of a penny a week and with other local fundraising, the first hospital was opened on 3 Dec 1932 at an old house in Pier Street North where the petrol station is now located. You can find a commemorative stone memorial and plaque there.

Dr Joel had successfully encouraged Sister Ivy Weber to become the hospital’s first nurse. She was trained in medical, surgical and midwifery nursing and had agreed to transfer her equipment and furniture from her own private hospital to the Altona Hospital.

The hospital steadily attracted more subscribers and Dr Joel had negotiated a low interest loan from the James Charitable Trust to build a new brick hospital on the current Sargood Street site. This hospital, which could accommodate outpatient areas, 10 inpatients, 2 staff members and facilities for providing maternity and infant services, opened in Feb 1938. Dr Joel was the president and remained associated with the hospital until probably the mid 1950s.

From the 1940s to 1950s, the hospital was managed by a community-based Board of Management. It expanded into a 25 bed maternity hospital, with numerous extensions and a nurse’s quarters to meet the demands of a booming population brought about by post war immigration and industrialization of Altona.

Due to changing requirements of government health funding, small community-owned hospitals became financially unviable. In the late 1950s, Altona Hospital gave up its autonomy and ownership to the Hospitals and Charities Commission, later the Department of Health and then the Western Health Network. In 1996 as part of the rationalisation occurring throughout the public health system, the Altona Hospital was closed after giving 64 years of service to this community.

In Dr. Joel’s formative years he lived with his parents on a dairy farm in Altona adjacent to the area where the Toyota Motor Company plant now stands. He rode his horse, Dolly, to school every day in Williamstown. Prior to entering his teens, his family moved to Carlton and the young Louis attended Wesley College and then Melbourne High School from where he graduated to Melbourne University qualifying as a Physician and Surgeon in 1926. Following graduation he worked as a Ship’s Surgeon and arrived in England. He moved to Edinburgh where he furthered his studies at the University extending his surgical skills.

On his return to Australia, he married his sweetheart and settled in Williamstown, an industrial suburb where he felt people needed his skills whether he received payment or not. Many years were spent in Williamstown and he was heavily involved with the Williamstown Hospital.

Altona, an idyllic small fishing village with many little fibro houses owned by the local Maltese fishermen, was always close to his heart. He realised that Altona was without medical services and he set about developing the first Altona District Hospital in an old house in Pier Street. To staff the hospital, he appointed a Williamstown Nursing Sister Irene Webber to the position of Matron and the little hospital soon became overburdened with patients.

Dr. Joel raised the funds to purchase this property by borrowing from one of Melbourne’s leading families who were in the confectionary industry. The debt was repaid together with interest within the agreed time frame and the financiers handed him back a cheque for the amount of interest as a gift to the hospital. Naturally he was quite emotional about this most generous gesture.

To meet the needs of the growing population within Altona, he, together with a committee, set about funding the construction of a new larger, modern hospital. This building is now known as the Louis Joel Centre.
Shortly after opening the hospital, Louis Joel realised that it was essential to have consulting rooms in the town where he serviced patients by visiting them two and three times a week. As the practice grew he brought in another doctor, John Lewin, who became the Resident Doctor.

Dr. Joel was known for his dedication to his patients who looked upon him not only as their Physician but as their confidante and mentor. He was known to drive from Williamstown to Altona at any time of the day or night to meet the call for acute operations, delivery of babies or any other need. He was admired for his dedication and the numerous babies he brought into the world, many of whom helped to increase the population of Altona.

Driving to Altona was no easy task, particularly during the winter months when the old Blackshaws Road flooded and he had to detour through Seaholme. He, like others, was an expert at getting bogged and carried hessians bags in the boot of his car to help in these conditions.

There are many more stories about Dr. Louis Joel, MBE, and his fifty years of service to the City of Williamston and Altona, his decoration by her Majesty the Queen and his involvement in the community affairs of Williamstown and Altona, where both the area and the people were close to his heart. 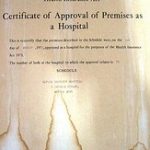 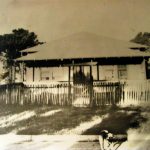 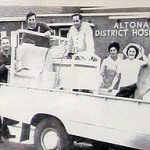 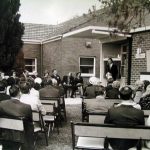 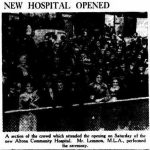 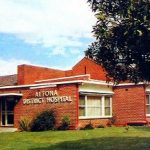 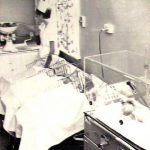 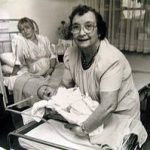